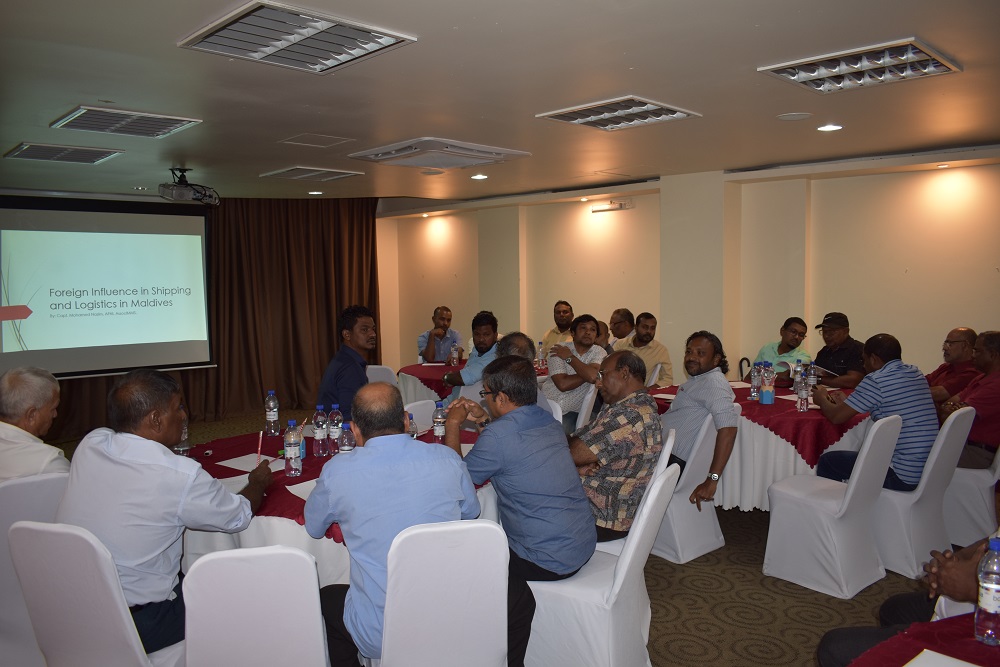 Discussion forum on the growth of Maldives Maritime Industry

The Maldives was transformed from a primitive fishing nation to a leading international seafaring nation with its own fleet of ships trading worldwide during the late 1960s. It was the main financial contribution to our economy until the tourism industry gained strength during the ’80s. It is said, during the 90’s Maldivian Seamen contributed nearly USD 12 million a year to the economy. The Maldives had nearly 1000 seamen serving on ships
in the Maldives and worldwide during the ’90s. To our despair, the remaining number of active seamen in the Maldives at present is about 200 only. The Maldives National Shipping Limited was discontinued in the
period between 2008 to 2012. Private shipping companies who employed Maldivian Seamen have almost ceased to exist now.

The purpose of the discussion is to analyze lesson’s learn’t from the failure and collapse of Maldives Maritime Industry and thus raise concerns at a national level in how the Maldives can grow the Maritime Industry once again enabling a job/employment sector for the nation’s youth (male and female)  and the generations to come.

The meeting was held at Marble Hotel which was organised by Maldives Institute of Nautical Sciences (MINS) and was attended by Senior Ship Captains, Marine Engineers, Marine Pilots and 10 parliament members of Citizen’s Majlis.

The following topics were discussed:
(1) The growth and decline of Maldivian Seamen. Ways to create employment opportunities for the youth in international market
(2) Foreign influence in the Maldives Logistics and Shipping industry
(3) Concerns from the present seafarers (seamen)
(4) Absence of a Shipping Law or a Merchant Shipping Act and the need to create such a law
(5) Economic and national benefits from operating a new National Shipping Line
(6) The need to restructure and reform the Maritime Administration
(7) The need to develop yacht crew and officers for the super yacht industry